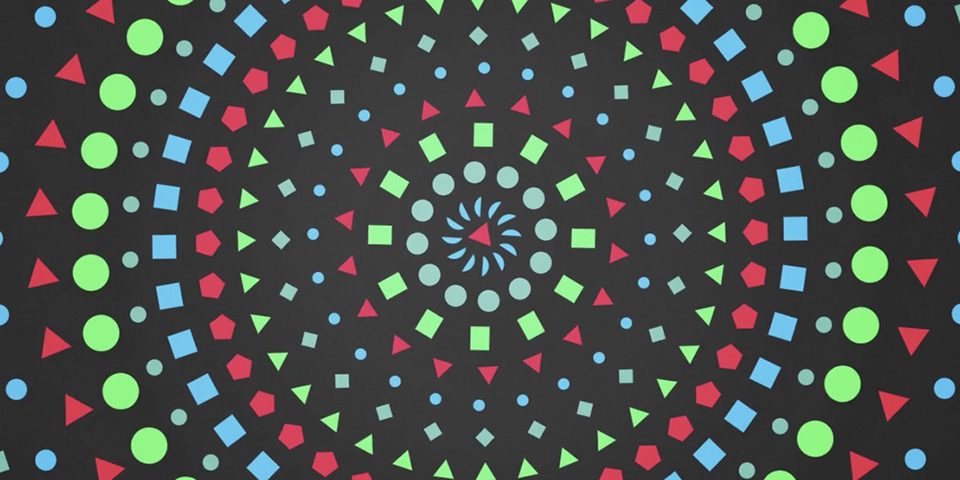 Time: A year ago.
Place: Shenkar College of Engineering and Design, Ramat Gan, Israel.
Task: Supervision of the final projects in Visual Communication.
Status: Most students completed the graphic concept and began working on the initial animations.

One of the students, the best in class, still hesitated and was not sure what he wants to say. The storyline did not exist but what he did have was a collection of interesting quotes from Sherry Turkle talk at TED, and a number of important anecdotes from a book by Dr. Yair Amichai-Hamburger. But nothing was yet clear or coherent. I’m known for not giving permission to proceed, for those who are not able to presents a clear script (backed with a detailed storyboard). So at this time I’ve raised my virtual stop sign. However, I was not really worried because it was clear to me that the idea he had was glossy and I was aware of his design capabilities. I guessed he had what was needed in order to make it happen. I also sensed the high viral potential. Therefore, it was important that the film would not only have dry firm facts and quotes from others, but will also try to explain and reflect the digital reality in which we live today, and answer the question: What is the meaning of independence in a world where we are connected to everyone all the time?

Shimi Cohen did not disappoint! After another design study, he came up with a solution that combines a simple graphic language, which was also clear, and memorable. He managed to illustrates the narrative concept and backed it up with a clever animation style (which only seemed simple but involved many advanced techniques). The movie received excellent academic criticism as well as great online success.

As Shimi’s mentor, I got a call from Lynda.com asking me for a glimpse behind the scenes of the film production. Shimi agreed. Shenkar confirmed. And we got started. I was given the project files, cleaned them, simplified a few things here and there, and created a trilogy of three Mograph Techniques courses which are now available online.

Deals with Shape Animation in After Effects. There are some big advantages for using shape layers in After Effects: precise, fast rendering; compatibility with Illustrator artwork; and minimal project sizes. The vector quality allows them to be scaled to any size while keeping the image crisp and sharp. And they work with 3rd-party effects and support layer styles. So take a deep dive and explore how to use the shapes tools in After Effects to communicate an idea in an uncluttered way, and create beautiful animations that might seem complicated to achieve at first look. In this course you’ll learn how to create custom wipe animations, use mathematical operations to animate shapes and paint them in over time, and morph between vector shapes. Here is a section of the course explains the benefits of using shape layers:

Deals with Physics Simulations in After Effects. Explore how to create complex physical animations inside After Effects using Newton (a third-party plugin) and the Connect Layers (a free script). This project-based course covers a few specific and popular types of effects, such as letters suspended from strings and connected randomized spheres. Learn how to bind any type of element together with a complex 3D array of strings and work with different dynamic simulations in order to create Dormant and Collision as well as Staggering and Kinematic animation types. Here is an excerpt from this course:

Is all about Creating a Flat Vector look using C4D and After Effects. Creating a flat vector-based artwork that moves along the X, Y, and Z planes is a fun and beautiful way to give an animated info-graphic style and vitality. You can mimic this 2D look with a 3D animation-like feel using the powerful combination of CINEMA 4D and After Effects. Learn how to achieve this simple style of rendering using a series of project-based examples which are sophisticated particle reactions; complex DNA chain sequences; a button and a coin animation. Here is an excerpt from this course:

This website uses cookies to improve your experience while you navigate through the website. Out of these cookies, the cookies that are categorized as necessary are stored on your browser as they are as essential for the working of basic functionalities of the website. We also use third-party cookies that help us analyze and understand how you use this website. These cookies will be stored in your browser only with your consent. You also have the option to opt-out of these cookies. But opting out of some of these cookies may have an effect on your browsing experience.
Necessary Always Enabled
Necessary cookies are absolutely essential for the website to function properly. This category only includes cookies that ensures basic functionalities and security features of the website. These cookies do not store any personal information.
Non-necessary
Any cookies that may not be particularly necessary for the website to function and is used specifically to collect user personal data via analytics, ads, other embedded contents are termed as non-necessary cookies. It is mandatory to procure user consent prior to running these cookies on your website.
SAVE & ACCEPT