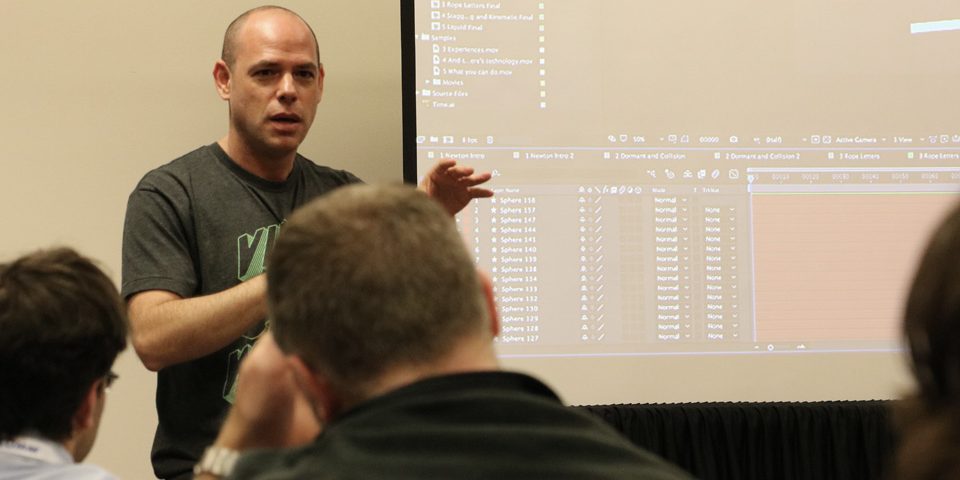 As you probably know, After Effects is celebrating the 20-year anniversary. This is a chance to tell my personal story which started 18 years ago as published on Adobe blog:

My love affair with After Effects began in 1996. I worked as a designer for a large newspaper, and after four years in the print business, I sensed there was nowhere to advance to. I was looking for something that would create movement in my designs. It was an election year in Israel and got a chance to create propaganda broadcasts for one of the parties. After Effects was selected as the main tool, and within a week from the moment we were introduced, I felt quite confident to start working with it.

My career has developed parallel to the software development and I looked for more ways to become better in it. At an early stage I discovered the Total Training VHS package and I watched the whole thing in less than a week. I felt I had found a software that can express the way I think, and I decided to pass on the word to as many as can be.

In recent years, I started feeling like an ambassador of AE in Israel (and worldwide). So far, I’ve created hundreds of video tutorials in English and Hebrew. I teach After Effects in the university and have several online courses.

My “Movement” Closure happened six years ago, when Adobe asked me and my friend Steve Holmes, to write the certification exam questions. It was one of the most challenging work I took, and, thanks to it, I learned the software even more closely. There is hardly a day when I do not work with After Effects. I use it to create motion graphics, commercials and promos, and continue to publish courses and products based on After Effects.